There are a few little paper crafting projects that I've done over the past couple of months, but never posted about, so I thought I would share them now. 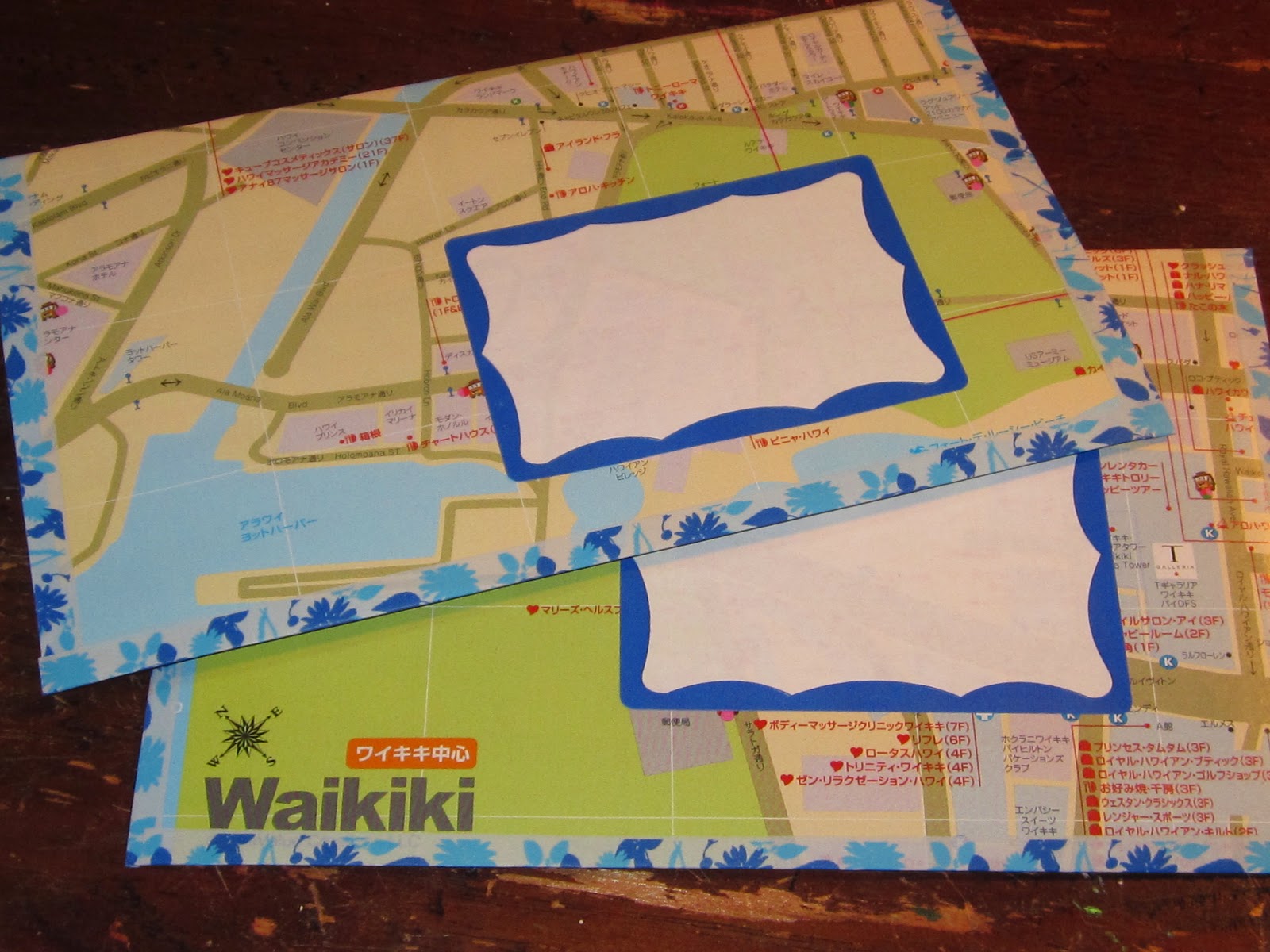 When I came home from my Hawaiian vacation in June, I brought back as much paper ephemera as I could gather--maps, brochures, free magazine publications, and postcards.  Maps always figure prominently into my homemade envelope-making, so I set to making some Oahu-themed envelopes upon my return. 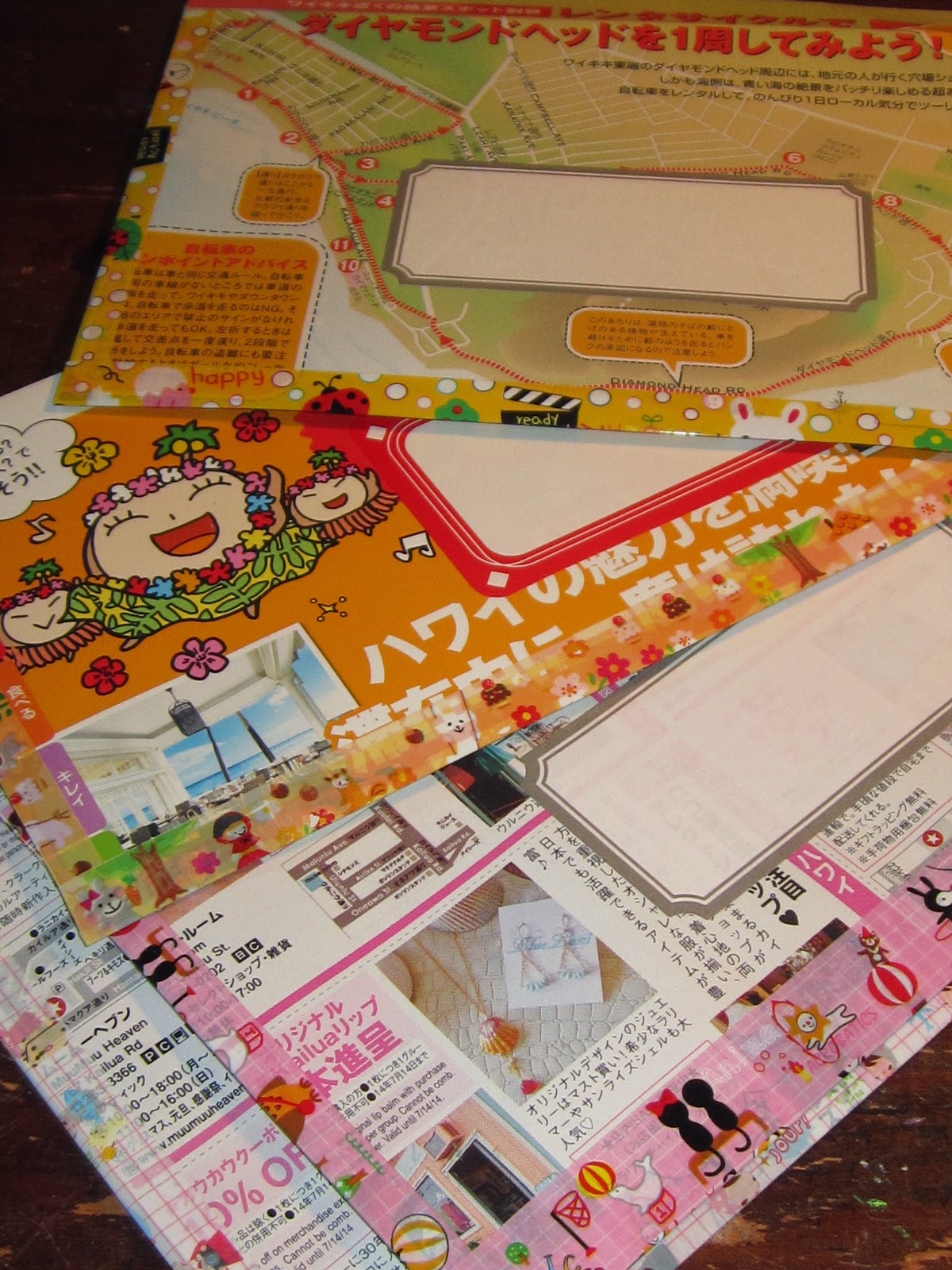 One of the magazines I picked up, whose name I have unfortunately forgotten and can't seem to track down online, is filled with Japanese writing.  I couldn't resist turning several of its pages into handmade envelopes, reinforcing the edges with kawaii tape from the Panda Love Shop on Etsy. 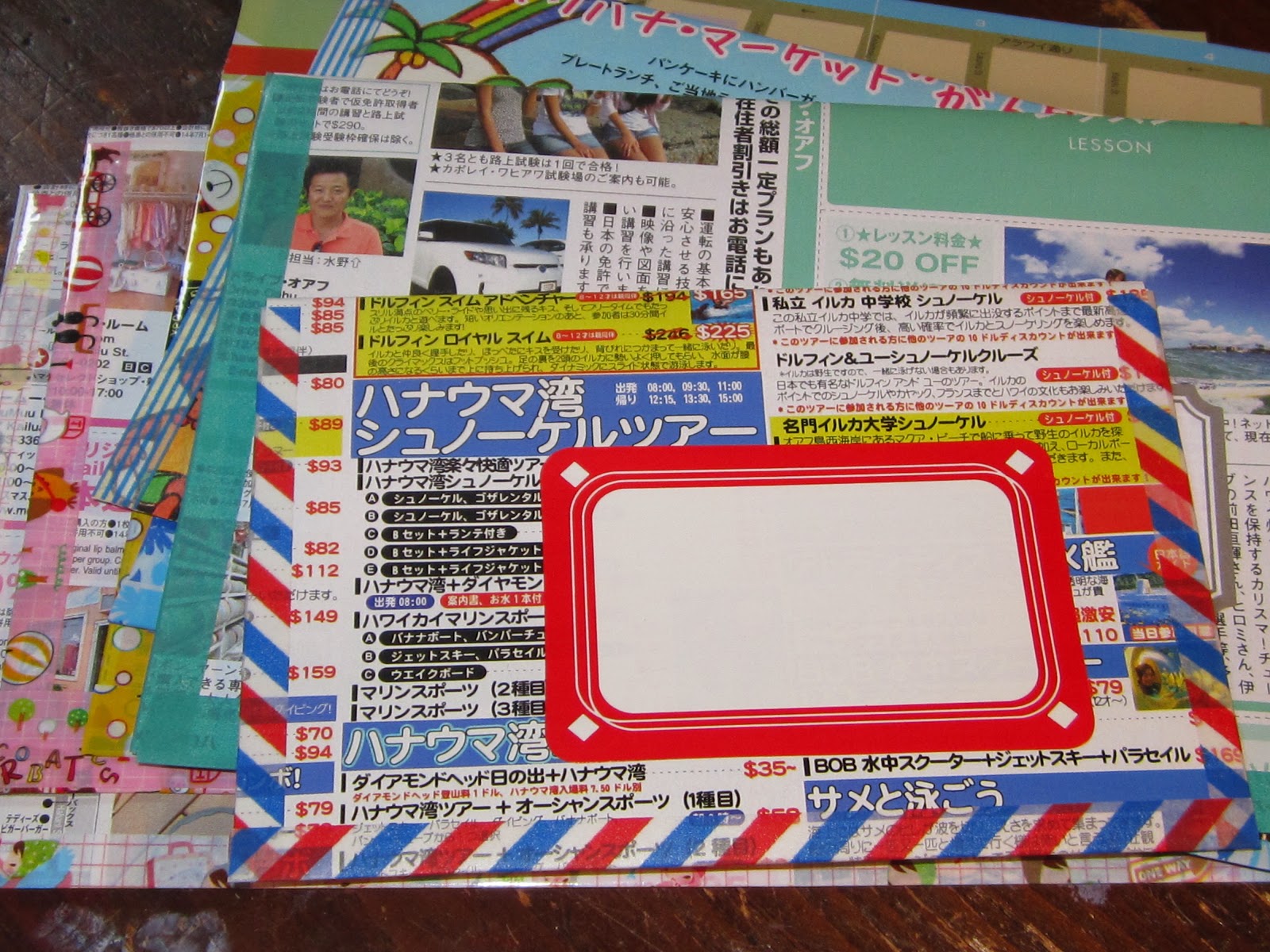 ﻿
That same magazine featured a kawaii cartoon character scattered throughout its pages that caught my attention. 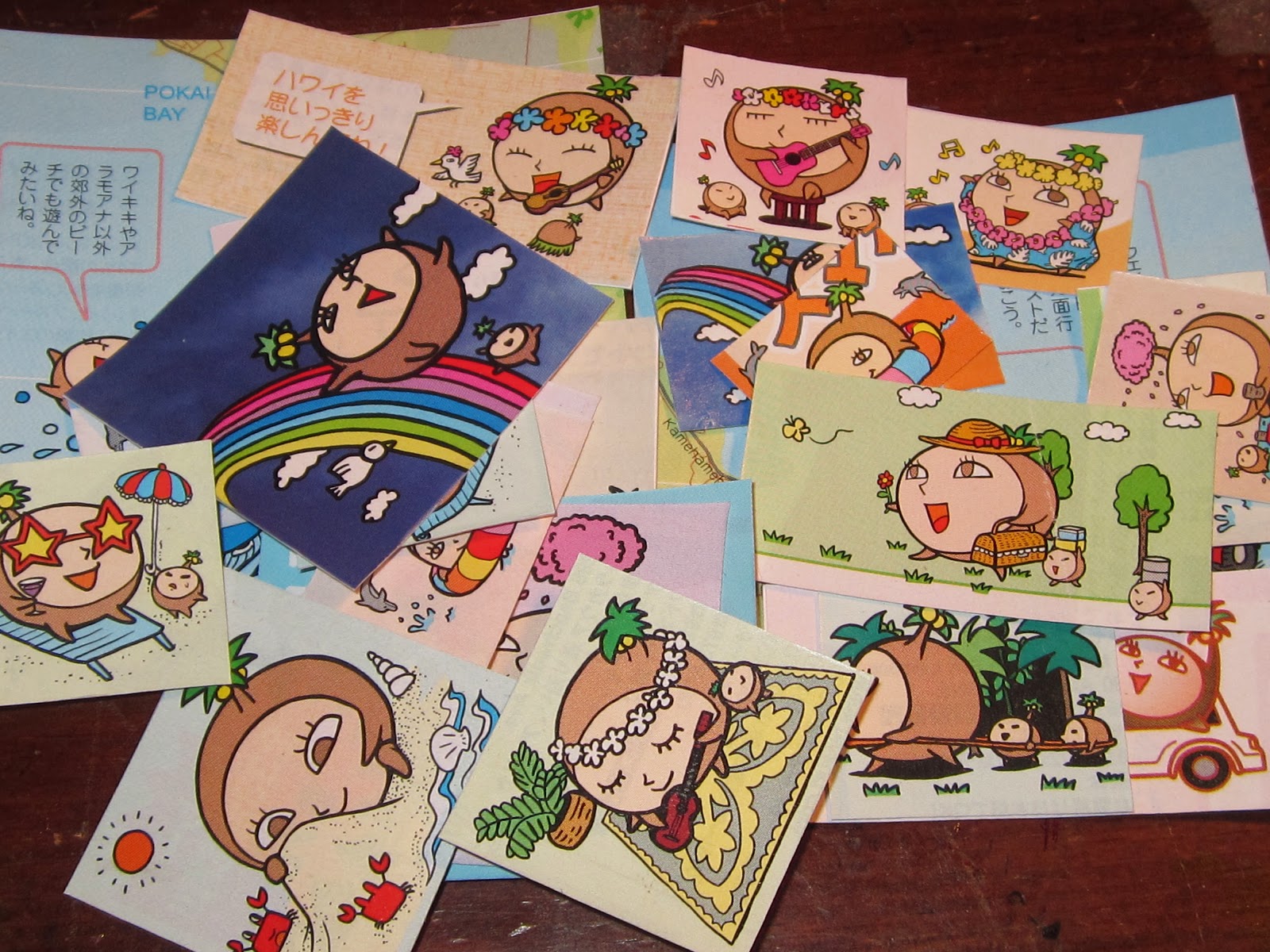 I had no idea what the little guy was meant to be, but my younger daughter took one look at him and said, "Oh, it's a little island!"  And I do believe that she is correct.  I cut out the island character wherever he appeared in the magazine, glued the magazine squares to adhesive paper, and created stickers that I can use on postcards and envelopes. 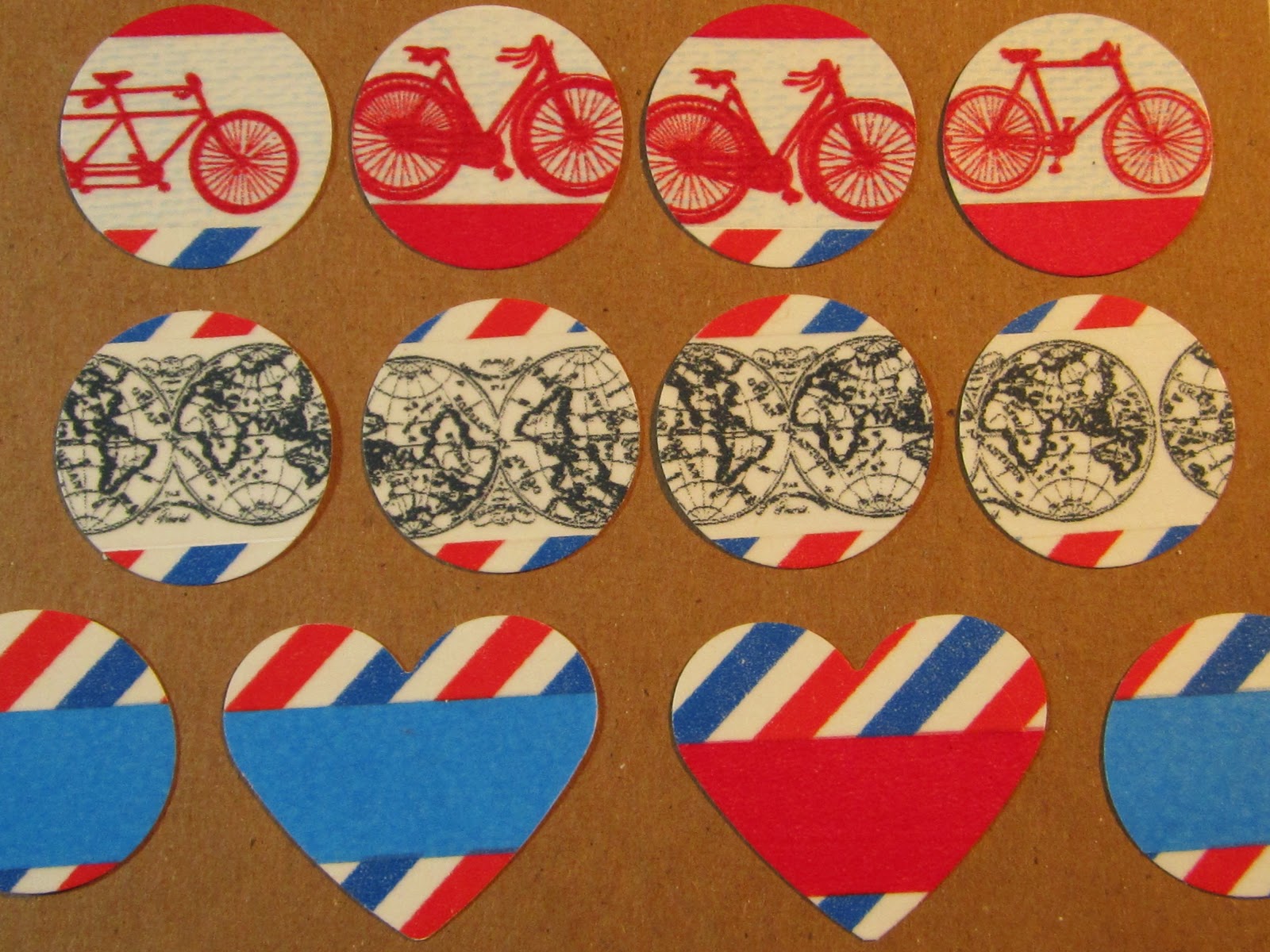 Speaking of stickers, I ran across a blog post on Moment to Live For (another link found via Snail Mail Magazine), in which blogger Sabine created a colorful dot notebook using washi tape stickers.  Her process is very simple, and clearly illustrated in her post:  She adhered two rows of washi tape onto wax paper, and then used a paper punch to cut out circle stickers, which could then be peeled from the wax paper. 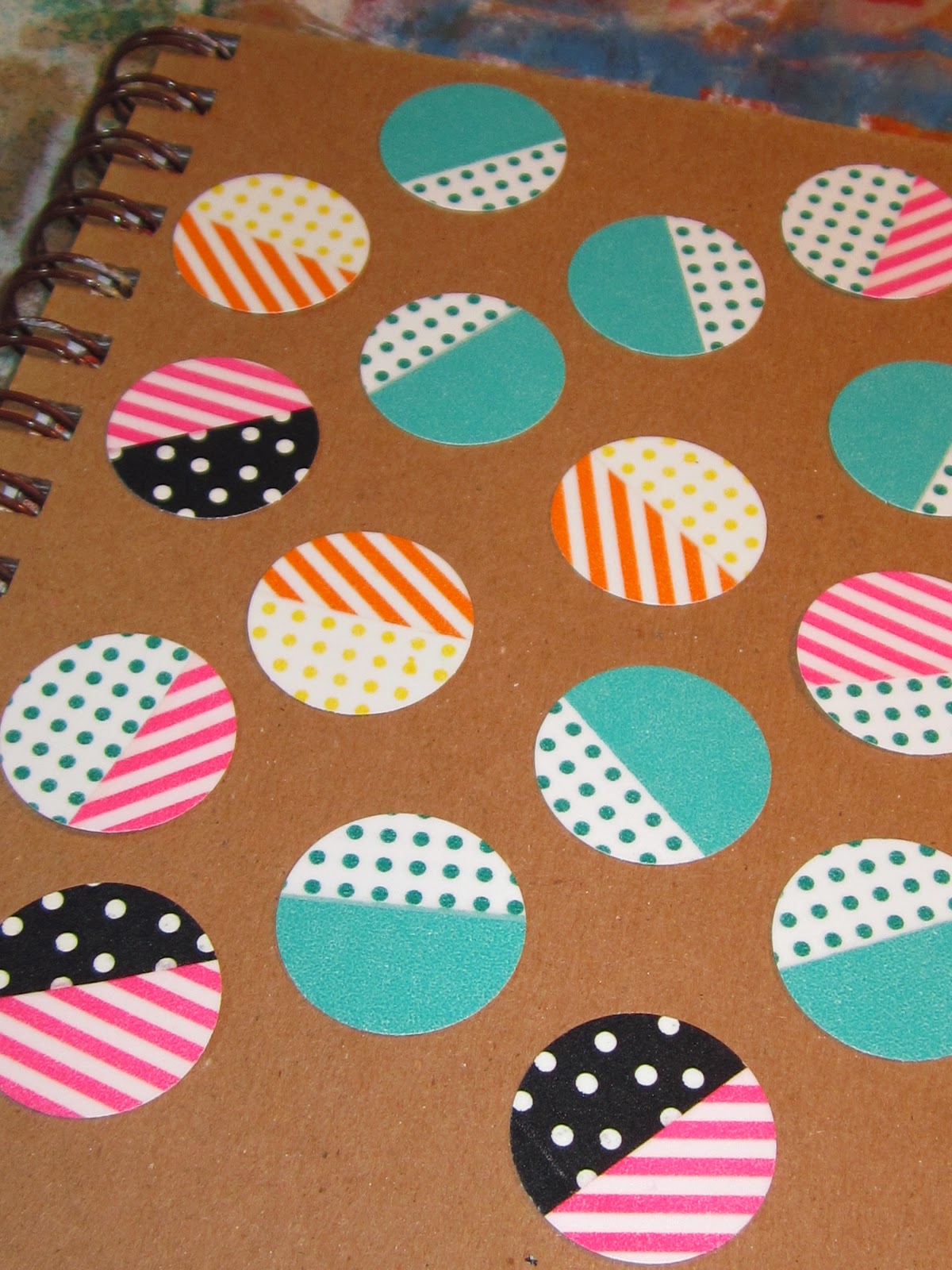 When I made my washi tape circle stickers, I laid the rows of washi tape on adhesive-backed paper, punched out the circles, and then took the backing off to reveal the adhesive sticker back.  Sometimes I layered three different tapes, and sometimes I used a heart punch, rather than a circle. 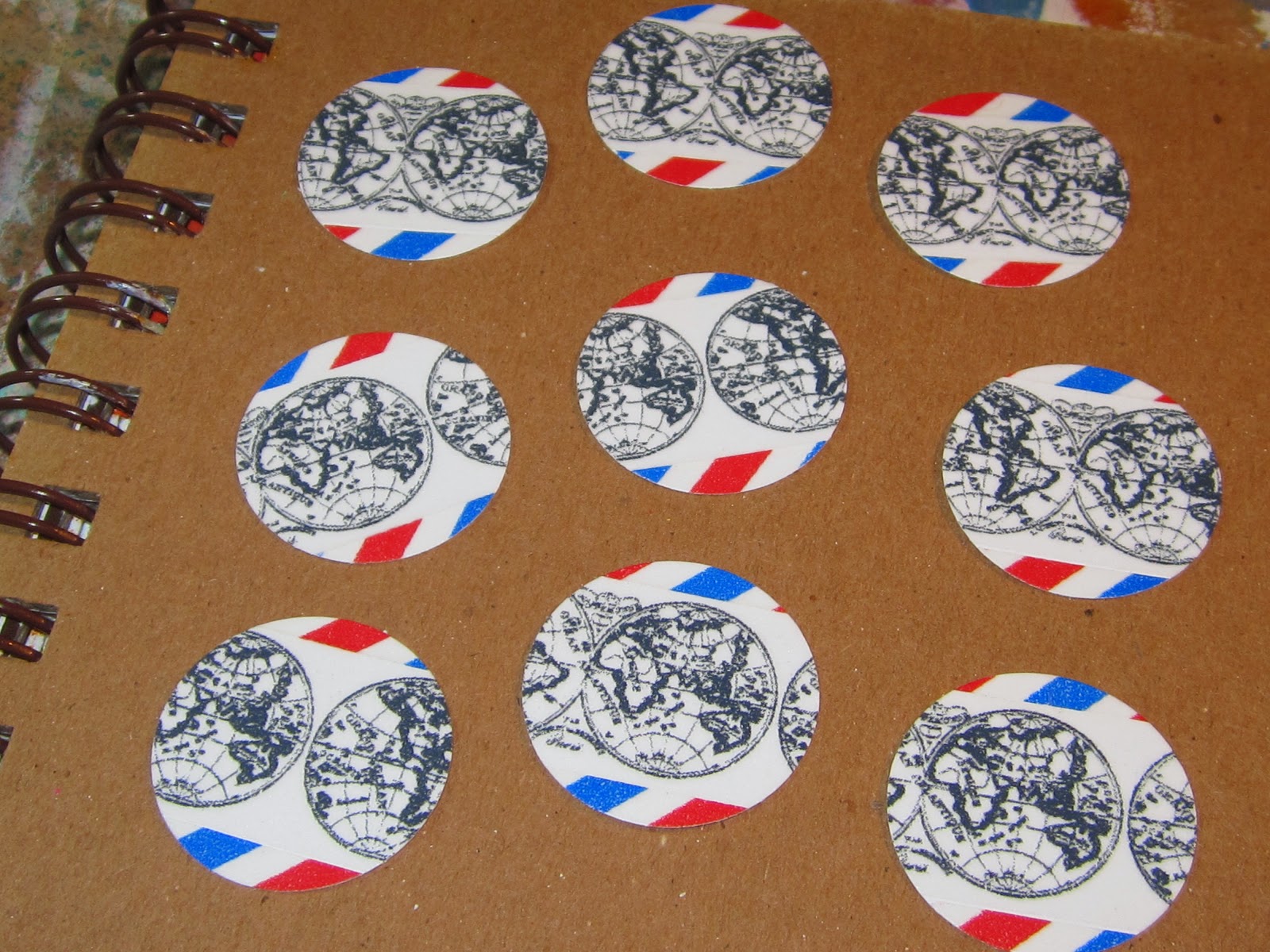 Sabine stuck them all over the cover of a fairly plain Kraft-paper style notebook to really liven it up.  I confess that I just laid all of my creations on top of a notebook to see what they would look like, but didn't actually stick them down.  I've been using them on envelopes and postcards instead. 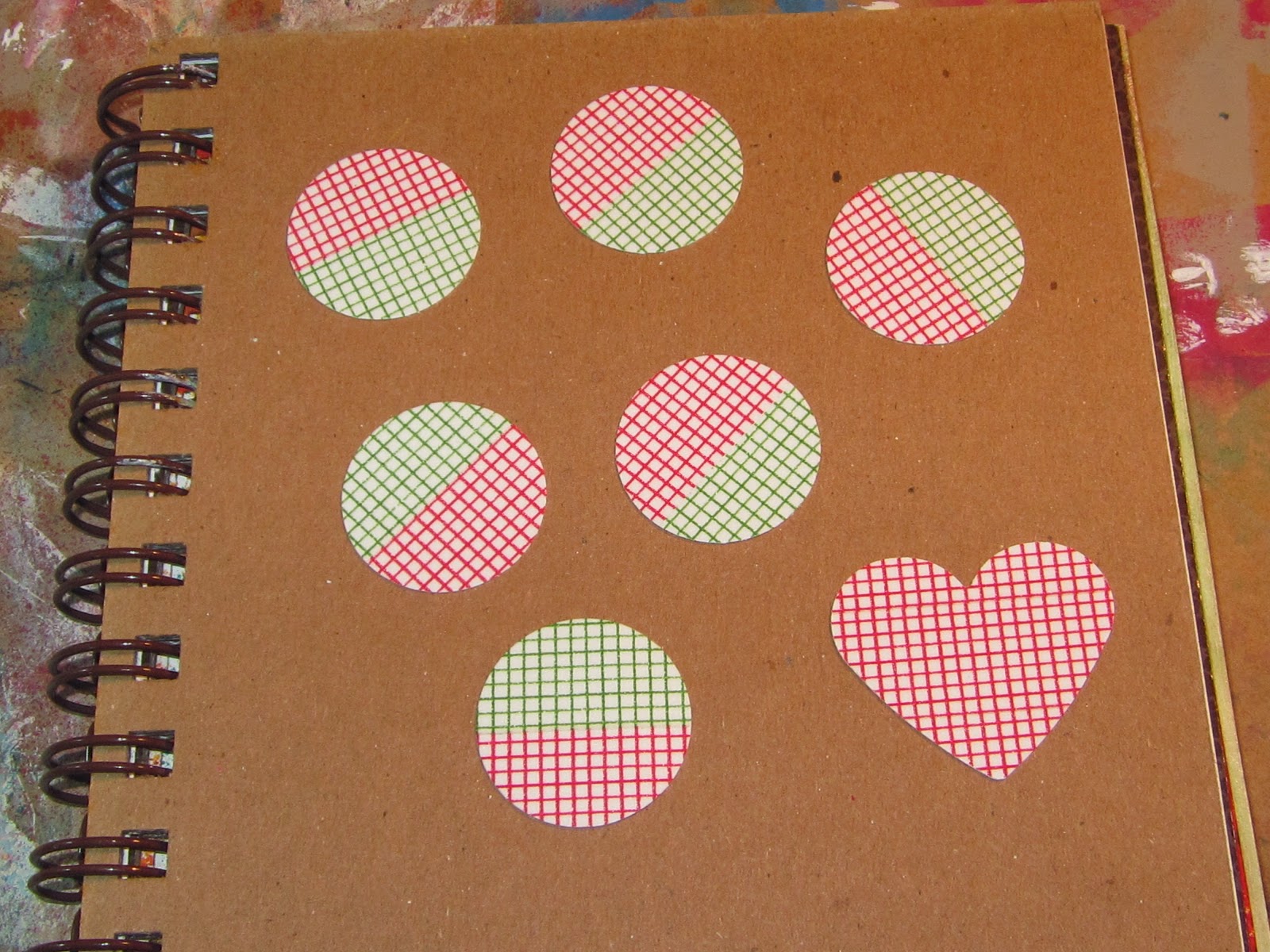 So there are a few very simple paper crafting projects that have made their way across my studio table over the past couple of months.  I feel like I need some sort of catchy tag line now, like, "Get on out there, and play with some paper!"

these envelopes are simply gorgeous. What a treat to receive one like that in the mail :-)

I love this! Have you given a tutorial on the envelope making? I remember you sent my matchbox in one and it was so cool!

Andria, I LOVE these. I love love your envelopes, always. And those washi tape stickers... come on!!