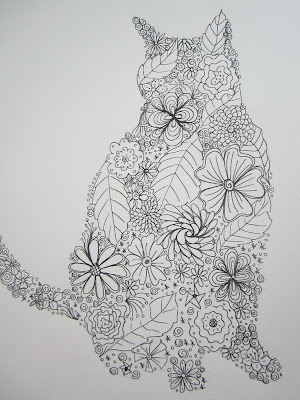 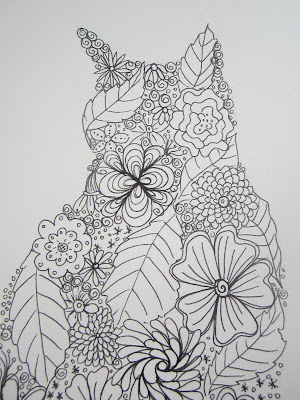 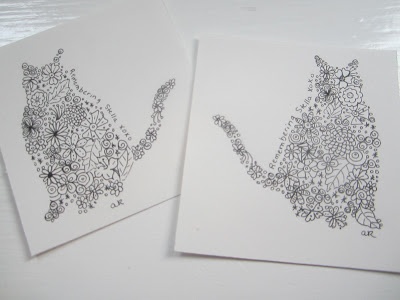 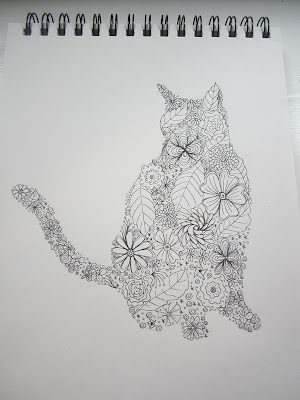 After learning about the Japanese art form known as etegami, I have created some samples of my own, which will be sent out into the world by our postal system shortly.

Recall that etegami is a form of mail art, so it is not considered "complete" until it has made its way to a recipient.
I had initially resisted the idea of writing the words in ink with a brush, since the English alphabet doesn't lend itself to those writing tools in the way the Japanese language does.  Once I got started though, I enjoyed the challenge of forming the letters with the brush.
You can see that I emulate the style of my teacher, Nancy Bea Miller, with thicker, bolder lines, whereas some etegami artists draw with a much thinner, more wavery line.
I have a lot to learn, and a lot of practice to do, but etegami is really quite relaxing, and it takes very little time to create a small piece of art to send to a mail art friend! 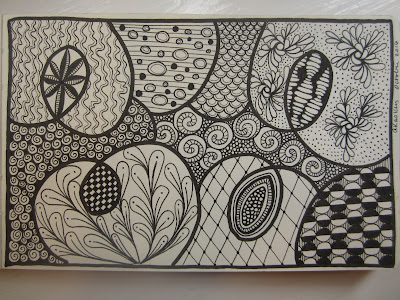 A Zentangle page for October in my 5"x8" sketchbook, completed with a dual-tipped Zig Writer pen in black ink.  Begun while waiting for my girls in the school pick-up line, completed while watching a movie with them on a Saturday afternoon. 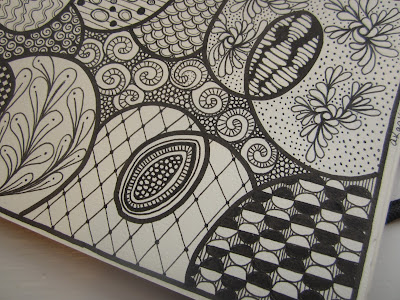 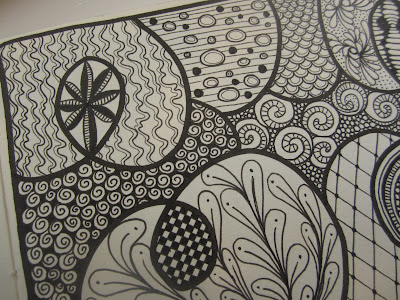