Save the Dragons! Kids' Club Creativity

My girls have been "all about dragons" for weeks now.  My older daughter has scoured the library for every book with the word "dragon" in its title all summer.  This led to a two-week intensive planning session between my two girls for a "Save the Dragons!" club that they ultimately held with five additional friends this past Friday.
These girls do nothing halfway.  My seven-year-old created a book that introduces the club, outlines famous dragon killers from history (thanks to Wikipedia), lists the rules for the club, and has drawings of all the various kinds of dragons in the world.  An excerpt:


In the old world, dragons roamed the earth freely. Then man was created and started killing the dragons. And then new people came to earth and tried to save them. Can we do it? If we try, maybe just maybe we can save the dragons.

Rules for the club include:


Protect the dragons. Never ever say or write that dragons are not real. No potty talk. No lying. If you leave dragon club not believing in dragons one little bit, you can't come back to the next dragon club. Take care of each other. Take care of stuffed animals. Raise your hand. Dragons matter!

My eight-year-old created a second book entitled "Dragon Watch: A Research Book." (The fact that it has a subtitle was very important to her!)  Her book includes a dragon's possible daily schedule, an extensive chart of dragon types, general facts about dragons gleaned from a computer game they like to play online, and sections with pictures and information about different dragon types, including Drakes, Serpents, Wyverns, and Nagas. There are even diagrams of their body parts, and a quiz to make sure you've been reading with attention!

The girls didn't have as much time to share their books and research as they had hoped, so much of this will be saved for the second Save the Dragons! club meeting.

During the first club meeting they were busy with: 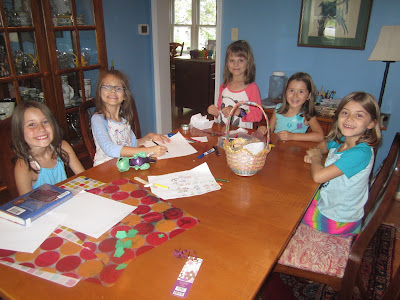 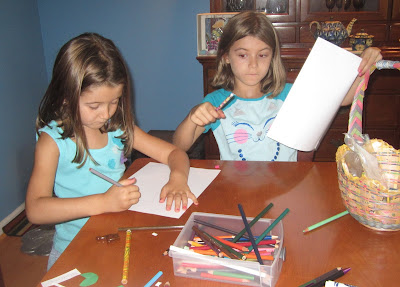 Eating the "dragon's head" snacks that the girls designed and created, which all of the club members enjoyed: 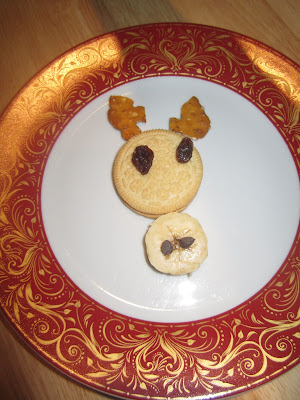 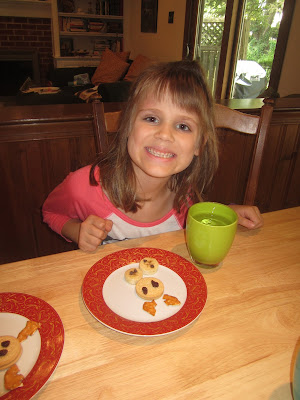 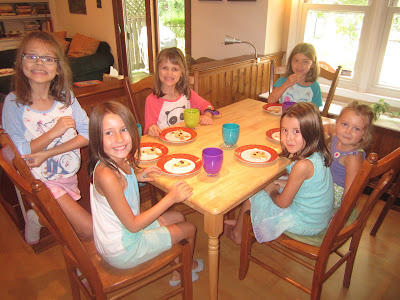 Going outside for dragon-themed outdoor games using pool noodles and lots of running around. (You will notice that two additional club members have joined at this time): 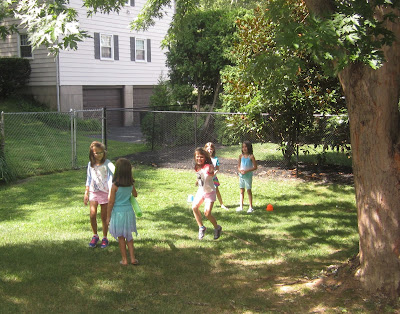 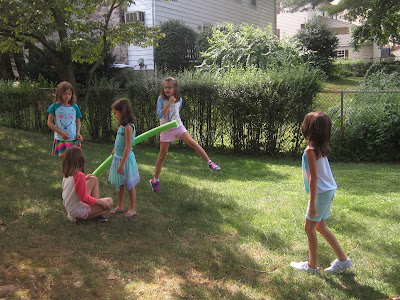 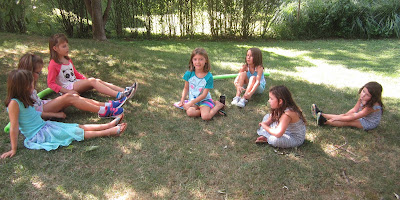 My seven-year-old was the official club leader, with my eight-year-old serving as "co-leader," and there were moments when the pressures of leadership threatened to get the best of the younger one.  It can be tough when expectations do not meet up exactly with reality, and though I had tried to encourage her to go with the flow and remain flexible with how things evolved, there was some stress when games were not played exactly as she had hoped.

I also think that our second Save the Dragons! club will be limited to 1-1/2 or 2 hours to reduce stress brought on by over-excitement and activity.

But I am mightily proud of the creativity and planning my girls put into this fun activity for their friends, and I saw lots of smiles and genuine interest from club members who had no idea what they were getting themselves into!

I don't think I ever organized such a well-planned and elaborate club for my friends when I was a kid.  How about you?  Did you participate in any fun, informal clubs when you were young?
Posted by Andria

This was so fun to read! I loved the history and the rules! Who knew there were so many dragon varieties

Well of course Dragons are real! How lovely. Have they been to see Peter's Dragon?