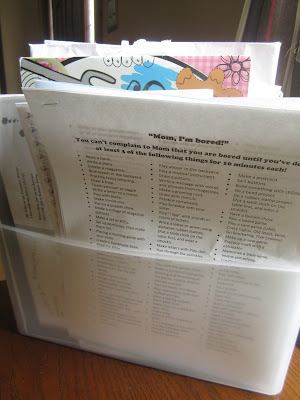 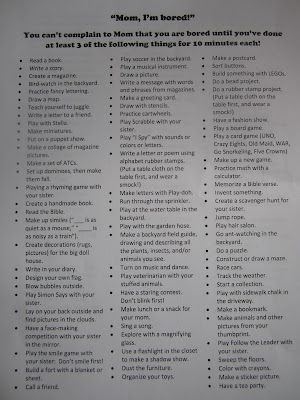 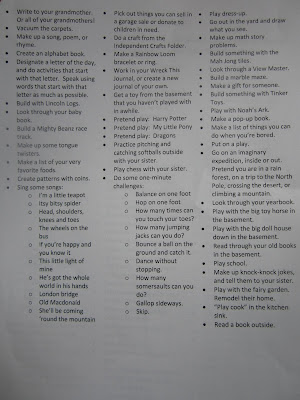 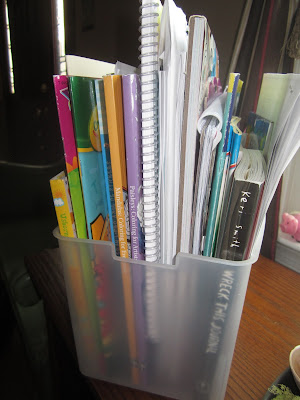 Okay, this is hard to admit because I know as we get older, we supposedly get more child-like (!) but there were about 30 items on that list that would chase away any boredom I might have!! Good job!

How fun! I may be picking a few faves to try myself.

I wish boredom was one of MY problems, but I have way too many things I want to do to ever be bored. I hope the bickering is kept minimal with the list too.

Now go have a beautiful summer!

I think some adult people could use a list like that, probably with the same items on it too! I love the idea. For myself (no kids) I am with Hanna: way too many options and possibilities and ideas already. Sometimes that can even paralize me into doing nothing at all, but I prefer to see it as a richness of spirit instead. At least I will never be bored!
As for the bickering, it's probably just the change of rythm from everyday life to vacation life, maybe you need to look at the list too and do some of that stuff yourself, it's bound to be good for a laugh! ;-)

I am excited you to show my blog - https://memyworlds.wordpress.com/2016/06/29/youtube-and-drawing-tutorials/