Yesterday was Sakura Sunday, the culmination of the week-long Philadelphia Cherry Blossom Festival.  The festival is a celebration of Japanese music, art, food, and culture, and Sakura Sunday brings all of these elements together on the grounds of the Horticulture Center in Fairmount Park.

I found out that "sakura" means cherry blossom, and is a common female first name, as well as a Japanese surname.

I have been hearing about this festival for years, and was so happy finally to go with my husband and two daughters.  We drove down to the Mann Music Center, then took a free shuttle from their parking lot to the event.
First off, the girls tried their hands at some radio broadcasting! We found a KYW "Kidcasting" booth, where they both got to record a news piece about the day's events.  The recording doesn't appear to be on the Internet yet, but hopefully I'll be able to let them hear it before too long; they'll feel "famous"! 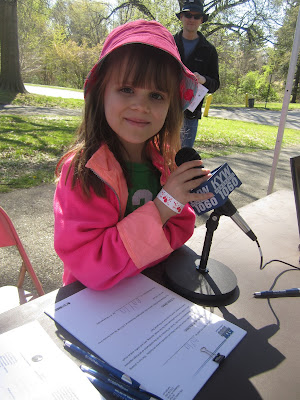 There was a separate area at the event set aside for a Cosplay Showcase, but the whole Sakura Sunday was really a cosplay showcase. 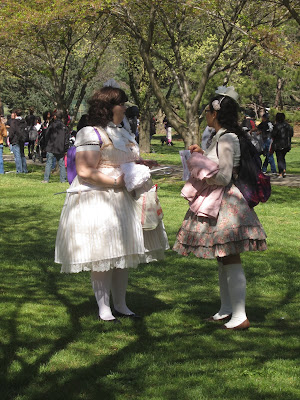 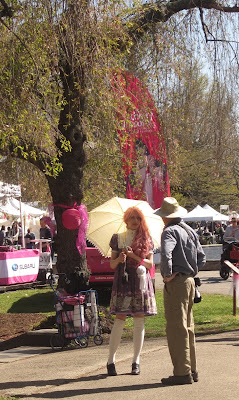 I had never heard of the concept until two weeks ago, and now I've run into it twice!  Cosplay is basically dressing up as a fictional character, and people who do it often choose characters from Japanese manga and anime, though I think it has spread well beyond that cultural focus. 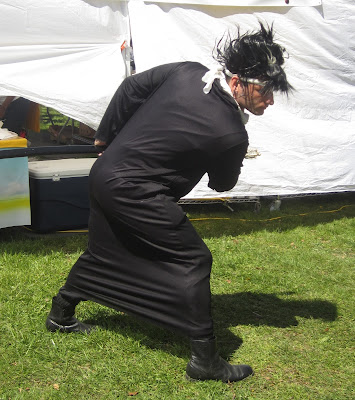 Lots of people shared their cosplay looks at Sakura Sunday, and were more than happy to pose for photos for anyone who might be interested.

We even ran into a college-aged friend from our church who participates in cosplay.... 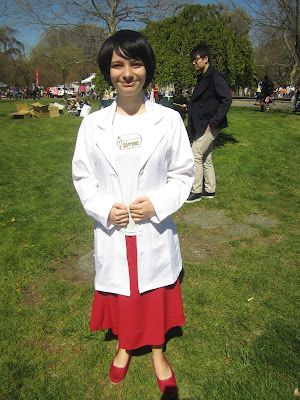 ...as well as her mom, who was contemplating an outfit that was a bit more...comfy... 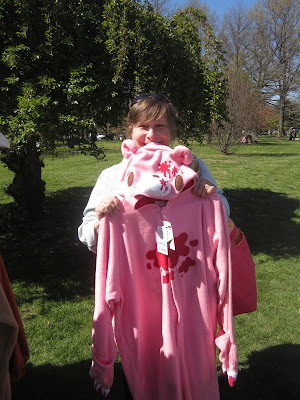 The girls got a chance to try their hand at origami. 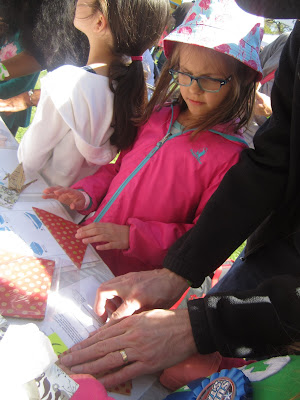 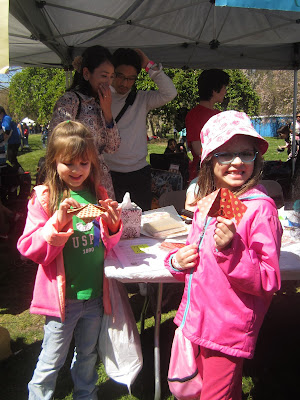 We ate food from food trucks.  (I opted for vegetable lo mein in an effort to stay at least a little culturally appropriate.  Somehow a hoagie, pretzel, and funnel cake didn't suit the day!) 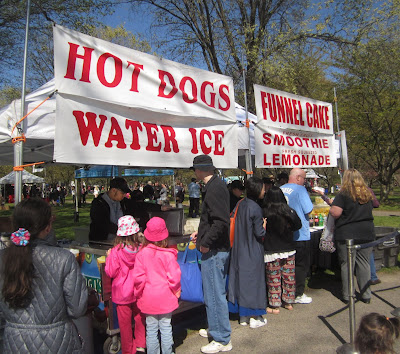 We checked out some of the crafts and other merchandise for sale, including these beautiful hana tsumami kanzashi, or Japanese silk flowers, handcrafted by local artist Sara Gdula.

There was a wish tree, where you could write your wishes on a tag and then tie it to the branches. 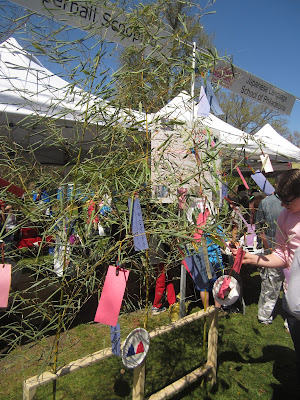 When I came home, I felt inspired to create a little cherry blossom beauty of my own.  I looked online at some photos of cherry blossoms, as well as some more stylized versions of the flowers, and then I carved cherry blossom and branch stamps. 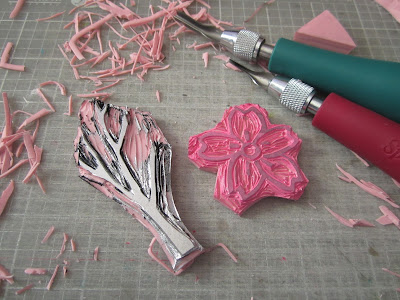 And stamped the blossoms in pink, of course--the signature color of the day! 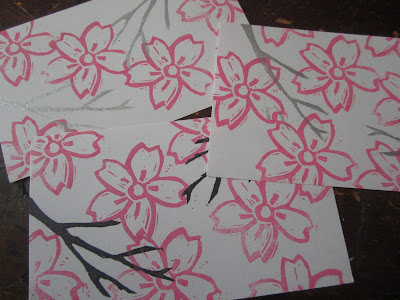 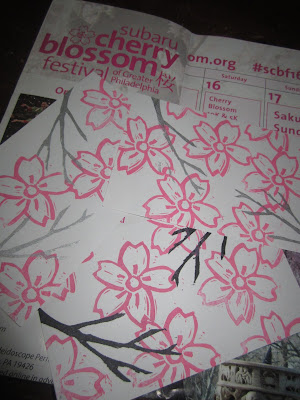 This sounds like it was a fun day for everyone. I love your Cherry Blossom and branches stamp. It turned out nice......Linda E.