Happy Halloween!: A Look Back on October

In the early days of the month, we had plenty of beautiful weather for trips to the playground. 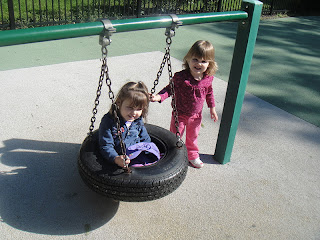 I even got to teach the girls the not-so-finer points of soccer. 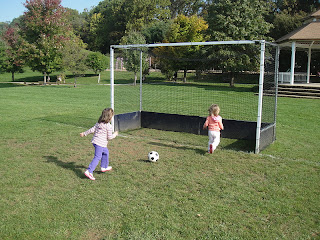 We didn't do nearly as much Halloween crafting as I had intended, but a "fan favorite" was making spiders from paper plates. I took charge of cutting and folding the legs, but the girls did the coloring and added the googly eyes. 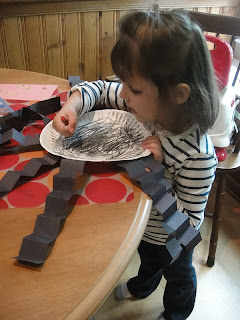 The girls played with them for days!﻿ 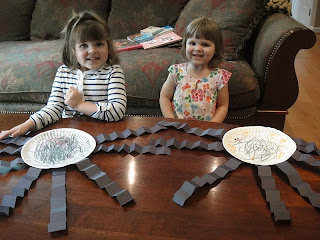 We also enjoyed a birthday party with one of Katy's preschool friends: 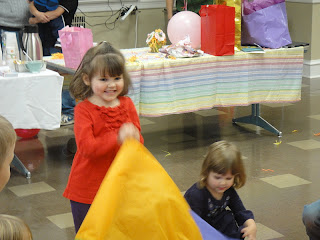 The weather changed late in the month, and we made our first fire of the season.  The house smelled like fireplace smoke for a week, but the coziness of that afternoon was well worth it. 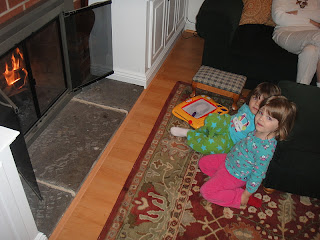 More gorgeous weather brought a trip to Kelly Drive to watch the geese in the Schuykill River. 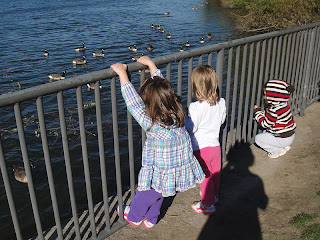 Katy's new autumn game is building a "nest" from twigs and leaves, and then sitting on it while pretending to be a bird.  It's been "bird day" for a few weeks now! 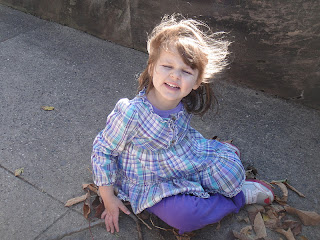 And how's this for the face of a child who just got her flu shot: 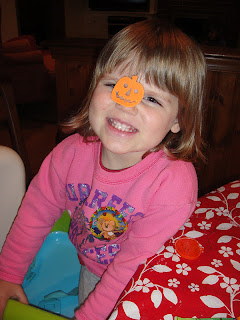 The girls took their shots like champs, and rallied to play with the stickers and other treats they got from the pediatrician's office.

That same day (this past Saturday) we were completely surprised with our first snowfall of the season. 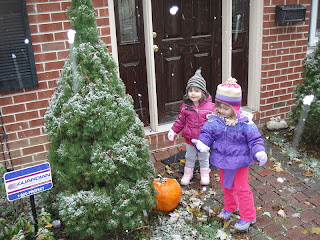 Where we live, it is noteworthy to have snow at Thanksgiving, so for it to arrive before Halloween is downright crazy! 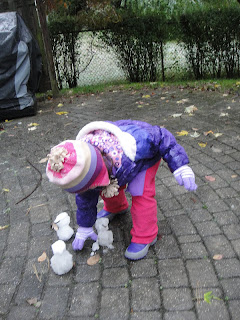 There wasn't a ton of snow, though...just enough for the girls to scrape it off the patio table to make "snow birds" with their Daddy!

And for this month's grand finale:  Halloween!  I've never been a big fan of this particular holiday, but for some reason I have been very gung-ho about making sure my girls have a great time each year. 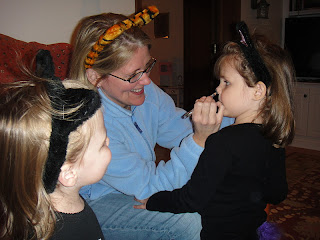 They asked to be kitty cats, which couldn't have been easier!  They were SO excited to get their whiskers, and to see them in the mirror for the first time. 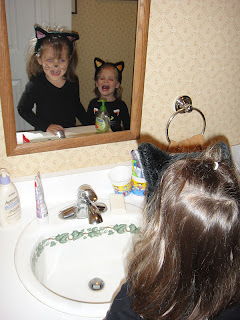 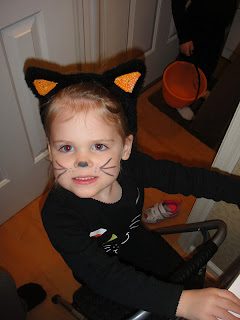 They had to bundle up a little more than I had hoped, but, really, what's cuter than two little kitty cats in sweaters!  My older daughter had the bright idea that they should carry around balls of yarn as part of their costumes. 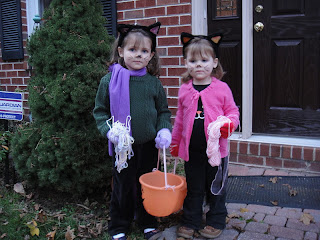 I hope you all enjoyed a creative October and a safe Halloween!
Posted by Andria

You had a busy month! Your girls look adorable as kitties and the idea of the tangled yarn balls was fantastic! Your daughters must have creative minds just like their mom.

What fun... love these photos!
Looks as if everyone had a fantastic time :]
Now time for Thanksgiving... (I know, time flies)

Oh, for heaventy sakes, This is too cute.

That last photo is GREAT!

oZzy moved away earlier, I miss his cock, and I'm always hungry for intercourse.
FUCK MY PUSSY!

We stumbled over here coming from a different web address and thought I may as well check things out.
I like what I see so i am just following you.
Look forward to looking at your web page again.